Are these dumplings I’m eating?

It’s lantern festival today, the last day of the Chinese Spring Festival. This means two things – lots more fireworks, and eating tang yuan. But what are tang yuan? These are –

Tang yuan are balls of glutinous rice with a filling – usually sweetened black sesame paste – inside. Today you have to eat a bowlful. I’d eat them more often if I had the chance. “So,” my students asked me, “what are they called in English?” And I was a bit stumped. “Balls of glutinous rice filled with sweetened black sesame paste” is a bit wordy. If I translate the name directly I get “soup balls” – which doesn’t work at all. One student suggested that they were “sweet dumplings”, which doesn’t work either. Here are Chinese dumplings:

These are folded pasta cases with meat inside.
I’m from England, though, and this is what I think dumplings are: 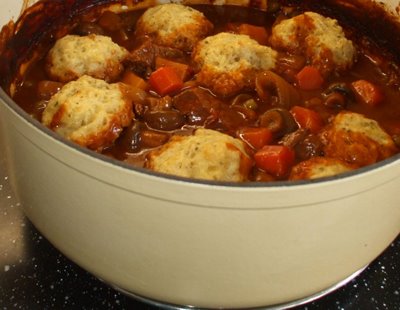 That would be dough cooked on the top of a thick soup or stew.
I also lived in Prague for a few years, and found that the Czechs also have a food they translate as “dumplings”. It’s a kind of steamed or boiled bread which looks like this:

Meanwhile, back in northern China, a traditional staple of the North is another, very similar sort of steamed bread. It looks like this: 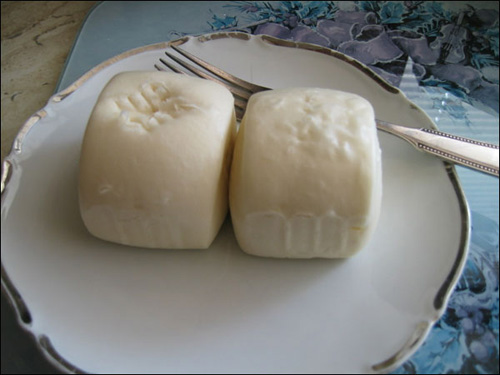 These are not dumplings. This is mantou, usually translated simply as “steamed bread.”

Some other things are also not dumplings. 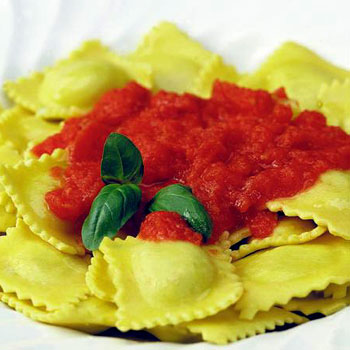 Ravioli are also folded pasta cases with meat inside, but they are from Italy, so they aren’t dumplings.

Gnocci are pretty much just a miniature version of Czech dumplings, but they are also from Italy, and also not dumplings.

These are not Chinese dumplings. They are made with bread dough instead of pasta dough, and are therefore “steamed buns”. In Chinese, they are called “baozi”, rather than “jiaozi.” These are are another kind of “baozi” 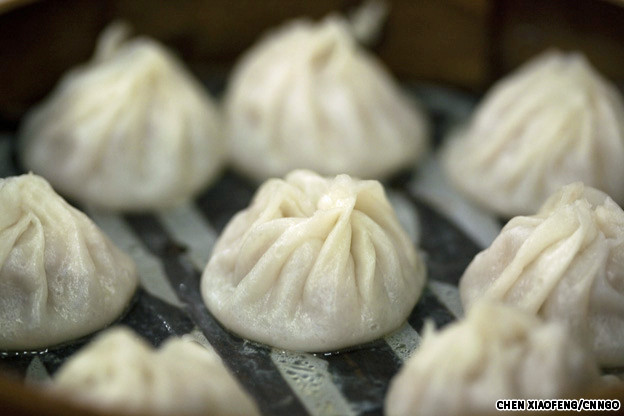 As you can see, they have a thin, pasta-like casing, with meat inside. Are they dumplings or not? I really have no idea at this stage.

So, in conclusion, we really need to come up with new ways of translating the names of foodstuffs. And the tang yuan are great, thanks.

3 Responses to Are these dumplings I’m eating?