It’s Autumn in Beijing now. Proper two-week-summer-winter-fluctuations-Autumn that is. Official Autumn began at the peak of the summer on August 7th, for reasons best skipped here. It was a proper, scorching hot summer with the occasional storm, but poor V still managed to pick up a cold from the changing climate which has endured for the best part of a month, though she seems to have finally cured it today by buying a load of ephedra.

Apart from a couple of job changes, life has been pretty stable since M was born. I’ve been going to work, V and her parents have been staying at home with the baby, while V’s sister has been living just around the corner, in a flat, with her boyfriend and the (apparently baby-incompatible) dog. We’d planned on just doing it for a single year, but when the rental contract rolled around this time last year we decided to renew – just one more time.

V’s dad has just retired, and was making plans to move down to Hainan, the “Chinese Hawaii” – but then a few things came along at once. V’s sister suddenly and unexpectedly got married, and apparently she’s ‘due’ at the start of next year. She’s not the only one having a baby – just off the top of my head I can think of another ten friends and relatives who have either had one this year or have one on the way, and the dog seems to have been keen to get in on the act. Dog pregnancies are short, however, and we soon had four very energetic tiny Bedlington terrier / Maltese poodle cross-breeds which probably need to find a home within the next couple of months. 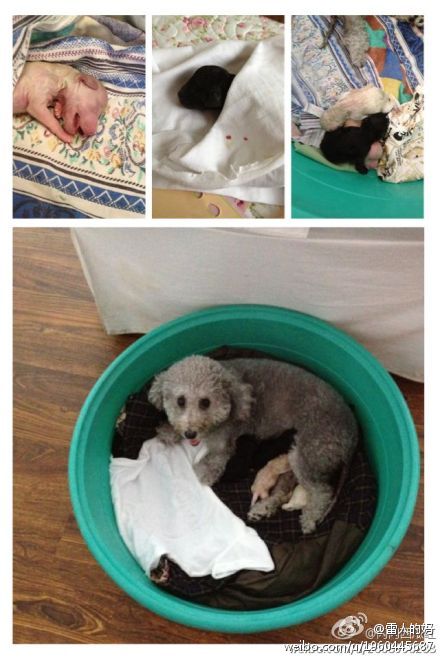 Plans have been changed, then. Instead of finding our own place in the centre of Beijing we’ve simply swapped with V’s sister. The dogs have been put in a nearby pet-shop, ready for sale, but we couldn’t bring ourselves to let go of a little white one. Just look at him. We’ve yet to decide on a name, but he’ll definitely have a better one than his mother. 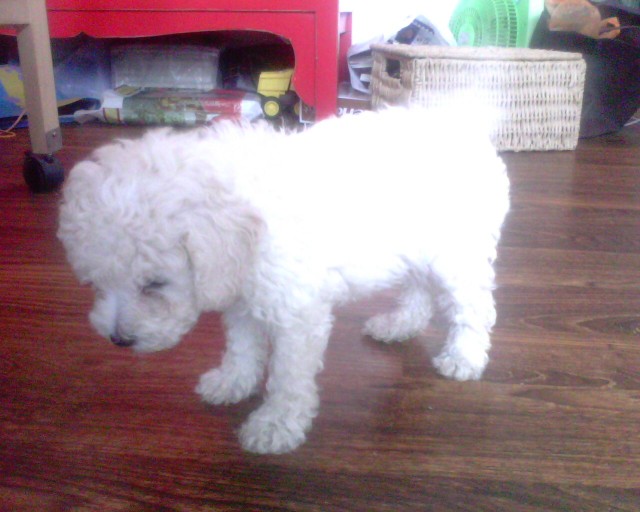 Last week V’s mother, father and sister went down to their home province for the wedding ceremony, which is not the same as marriage registration in China. They took M down with them, so we had a week to get the new flat ready, though it still looks a bit of a mess. We’ve got an amazing view, though – at least when the smog clears a bit. We might just be here for a few months, but it’s the first proper house for our new little family, so it should be something special. 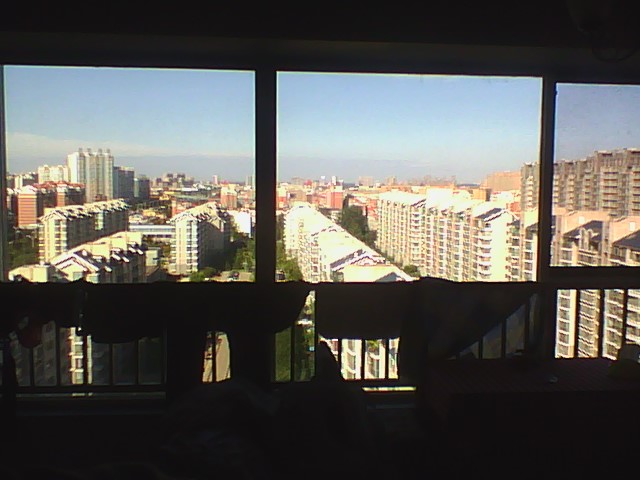 The other activity in the house has been car-related. V is learning to drive, since I’m unable to take the test in China due to colour-blindness. To be perfectly honest, I don’t have much enthusiasm about driving on Chinese roads, and this ridiculous law works as a convenient excuse. V’s teacher is a pretty abhorrent human being – a sex pest and a xenophobe (if he knew she was married to a foreigner…!) but she didn’t want to lose the money we’d paid for the classes and he was very cheap. He came on the recommendation of her sister, who passed her test last month. She celebrated by hiring a car and taking us on a couple of unforgettable trips into the centre of Beijing. Fortunately we all survived and there were no serious crashes to speak of, just three or four minor bumps, but I might think twice about joining her next time after the bit where she did a full stop-and-turn in the middle of a motorway junction.

I ought to put some conclusion here, but I seem to have said it all already at the start. Oh well.

This entry was posted in diary and tagged animals, china life. Bookmark the permalink.